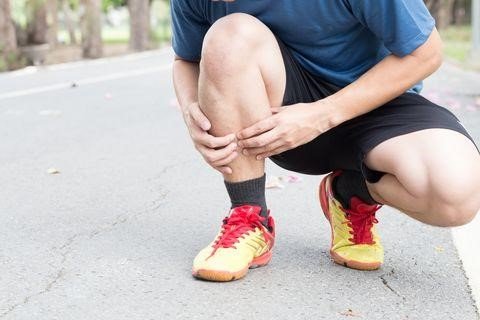 is a dull, aching pain at the distal/medial tibia that is highly prevalent in running populations. Most clinicians have a spiel they like to give when explaining it, but when you look at the evidence, we actually don’t know much about it!

For starters, there are multiple theories as to what causes it, with the LEAST likely of these being the “traction” or “pulling” of the lower leg muscles on the periosteum of the bone. The tibialis posterior, flexor digitorum longus and soleus muscles all have inconsistent findings of muscle fibre attachment along the medial tibial border, and studies of the periosteum don’t show that inflammation is occurring there.

The MOST likely cause of MTSS pain is cortical bone stress due to excessive bending and overload of the tibia itself. In engineering principles, axial loads placed on a long narrow structure cause bending at the narrowest point, and this is what is proposed to be occurring during running. It is at the narrowest point of the tibia where the pain typically occurs, and those with the narrowest tibias have been shown to be the ones more likely to develop a tibial stress fracture. MTSS is believed to be along the continuum of a stress fracture, as bone mineral density reduces in response to excessive stress and inadequate recovery, so early intervention is critical to prevent an even longer stint on the sidelines!

A reliable diagnosis of MTSS can be made without imaging, and given that we are unsure exactly what it is, a good subjective history and examination is the key to determine how we should treat it for each individual! As with most injuries, MTSS is often a case of the load on the body exceeding its capacity to cope with said load (too much too soon, or sudden changes in training). Less running experience, as well as previous history of MTSS increases the risk. Since load is also the easiest factor to modify, it should be the highest priority in our management!

Technically speaking, MTSS is a mechanical allodynia (tissue sensitivity in response to a stimulus that doesn’t normally cause pain). It makes sense then to reduce this sensitivity with a period of relative rest from running. During this time, strengthening the calf, hip and core musculature could be beneficial to prevent recurrence, along with some shockwave therapy for symptom management (the most promising therapy, although more evidence is required).

Most important however is a planned and progressive re-load of the tibia with a smart return to run program. When developing a return to run program, you should establish where your clients floor is (their starting point), their ceiling (where they want to get back to), and how much time you have to get them there (which determines how quickly you attempt to increase their loads). Technical aspects of running such as foot strike, postural integrity and cadence may also be important to address with some coaching cues, although you would have to pick and choose which clients this will be appropriate for as it adds another layer of complexity to their rehab.

In chronic cases, custom foot orthoses from a podiatrist may help to reduce the bending loads in the tibia by bringing the ground reaction force more medially, although should be combined with load management and strengthening exercises for best results.

This qualitative study aimed to document the nature of social interactions between children with language disorders and their peers, and to evaluate explanations for their social behaviour, as understood by parents and practitioners. https://buff.ly/3b9naiT

Allied health practitioners and business owners - are you looking for, OR planning, #2021events? Check out the AHSS interactive EVENT CALENDAR (recently updated), OR send us an email about an upcoming event ([email protected])!

This blog by physio Network discusses the assessment of acute, serious injuries – NOT those little niggles that walk in at the end of the day, but the ones that require athletes to stop in their tracks and cease the training/game. https://buff.ly/3tvImpA