Case Study: A young adult with a mild to moderate intellectual disability is causing concerns. They run onto busy roads without heeding traffic and have already caused one accident to date. And that’s not the only problem. They sometimes expose themselves. Unsurprisingly, these behaviours have attracted the attention of authorities. Charges are filed and the matter scheduled for court. However, the presence of an intellectual disability immediately raises the question of whether the person can be held legally responsible for their behaviours. A psychological assessment indicates that the perpetrator has little if any understanding of legal proceedings, most certainly would not be able to instruct their lawyer or challenge a jury and has a questionable understanding of ‘right from wrong’. Subsequently, despite being declared ‘guilty’ the court is satisfied that the person is unfit to stand trial and adjusts the sentence accordingly.

Under such circumstances in Victoria, sentencing is conducted under the Crimes (Mental Impairment and Unfitness to be Tried) Act 1997 (CMIA). The legislation reflects an understanding that people with a mental impairment, whether due to mental illness or intellectual disability, may require different treatment if they are found responsible for legal transgressions. Other States and Territories also share special legislative provisions designed to accommodate circumstances where an individual is considered to have diminished responsibility due to mental impairment.

The sentences imposed under the CMIA can be either custodial or community-based. The former, involves detainment within a secure setting such as a prison, and the latter allows the sentence to be served within the community under specific conditions that will be decided according to the level of supervision considered necessary to reduce the risk of reoffending.

It all seems relatively straight forward until the matter of assessing risk is introduced into the equation. Under section 40 of Victoria’s CMIA, a risk assessment is a necessary part of regular reviews, particularly when a non-custodial sentence is applied.

Reviews of how the person is progressing with their order need to be conducted within a timeframe decided by the court. In this respect, the court needs to be satisfied of two main issues: (i) any significant changes to the person’s mental state or condition; (ii) the possible effect the conditions of the order are having – or may have – on the person’s behaviour, for example is the level of supervision and/or access to certain public facilities appropriate? The overlap of other relevant legislation and the suite of issues that the legislation seeks to accommodate to ensure the rights of the person with the disability are supported are intricate – hence confining this blog to the matter of risk and what it means operationally and in the eyes of the court.

The issue of risk becomes potentially problematic when placed within the context of criminal behaviour. From a criminal perspective, behaviour that is placing people (including the perpetrator) at risk is considered a deliberate or at least thoughtless act that needs to be stopped. The purposes of sentencing not only focus on the need to deter the perpetrator from re-offending but to dissuade the community from engaging in similar acts.

However, the motivation to engage in anti-social activities is a moot point when perpetrated by someone who apparently fails to understand the gravity of their behaviour, and this is the issue with the case study above. From a psychological perspective, the behaviour is not being perpetrated as a means of wilful noncompliance. In fact, the causes of behaviour may remain unknown, despite the efforts of copious practitioners. Psychologists called to assess and provide evidence typically need to wade their way through a slew of earlier reports and clinical opinions beforehand as part of their own assessment. Nonetheless, the court posits the question, “How will the risk of re-offending be managed in such a way that the situation doesn’t arise in future?”

Imprisonment is rarely considered a viable option to address the behaviours described above. Prisons are already looking like warehouses for those who cannot live in the community safely. While there may be facilities that attempt to provide a safe haven for prisoners who are vulnerable, they’re certainly not ideal. Another option is placement in a secure, purpose-built community-based setting where there is 24 hour supervision, meaning locked doors and windows with active night staff. In Victoria, there are two residential settings that fit this description, one holds roughly 40 beds, the other six. Because they are treatment facilities first and secure settings second, the throughput is staggered at best and the waiting list to get in when a vacancy does become available is near impossible. Potential residents need to be suitable for treatment and not merely waiting out a sentence or being kept out of harm’s way. Unfortunately, the introduction of the NDIS has added to the complexity of this arrangement. The Victorian government no longer provides supported accommodation as such but contracts these services out to private organisations who are often reticent about the behaviours they feel they can safely manage, and the conditions they are expected to manage them under.

So, where does this leave the person in the case study above? There seems to be a consensus that the behaviour is not deliberately anti-social. By the same token, there are people who have been negatively affected and who in one way or another expect justice. Once again, the situation seems to be reduced to continuing the order as it stands for another 12 months. This largely amounts to the hope that the NDIS will continue to provide a reasonable package of funding to maintain the current assortment of clinicians, support workers and any other professionals prepared to take a stab where others have failed. Likewise, let’s hope the person’s strong family will remain devout in their commitment to stand by at all costs.

Can I, just one of the myriads of health and allied health professionals involved, guarantee that risk can be significantly reduced over the course of the next 12 months under these conditions? The simple answer is no. Can the order to be varied to mandate more restrictions, treatment, you name it? Possibly, but such variation would fail to add anything constructive given that punishment offers little meaning to someone who already struggles with the basic concept of cause and effect.  Arguably, increasing restrictions may not be considered a viable legal option under the Disability Act 2006 (Vic) for those reasons either.

Leaving the court, the legal team, the client’s family – and I strongly suspect the weary looking judge – agreeing that any hope of improvement over the next 12 months boils down to resources and luck. Perhaps most disconcertingly, situations such as this seem to be largely absent from any political agenda. Forensic psychology within the context of disability isn’t sexy, it’s awkward. 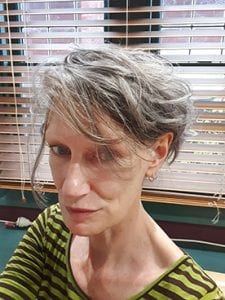 Carolyne completed her qualifications in psychology at RMIT University, Victoria, and is currently completing her Masters of Human Rights Law at Monash University, Melbourne. While completing her undergraduate and post-grad studies, she worked in direct care with children and adults with intellectual disabilities.

The Practicalities of Adjustment After the Dust Settles 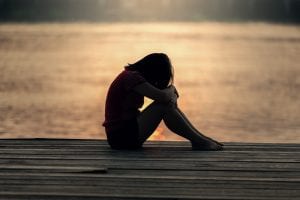 The woman in her mid-50s sitting across from me is describing the routine her late husband diligently adhered to each morning: out of bed by 6:30AM for a shower before breakfast and driving to work by 7:15. Except that six weeks earlier his morning routine had been interrupted by a cardiac arrest. She sobs inconsolably as she wonders aloud how she can possibly piece together a life without the person who had taken care of everything since marrying her over 30 years ago. “I’ve never even paid a bill,” she says, “He took care of all of that. I don’t even know where to start – I wouldn’t even know what our financial situation is.” Click here to read more!

The Ultimate Guide To Maximising Your NDIS Plan

Use this guide to learn more about NDIS planning and how to get the most out of the funding for your clients.  Get more information about the driving assessment process and options available for your clients. Forward this directly to your clients and keep to refer to for your own professional resources. Read more …

PrevPreviousAllied Health Link Round Up Blog- October 2020
NextBurn Out in our Workplaces. Who is responsible?Next

Keep going! Have a great week ahead!

Globalisation has significantly improved access to quality healthcare but some patients in developing countries are getting too much of it, researchers say.

This series shares the learnings from people who've experienced bushfires and floods first-hand and experts who provide advice about the best way to support school communities through these challenging experiences. https://buff.ly/3E52k31

Nominations for the New Zealand / Aotearoa #AlliedHealthAwards for 2022/2023 are open! Sponsorship opportunities are available for #alliedhealthbusiness owners wishing to get in front of large engaged national audience of #alliedhealthprofessionals.